The Murray High School Swim Team qualified nine individual swimmers and all of their relay teams for the 5A State Championship Meet at BYU. Coach Huff commends the state team for several high finishes and PRs.

Four swimmers scored points for Murray in their individual events:

Holden Cheney (Sr.) repeated as a state medalist and led the boys team with 13.5 points. He soared into the finals for the 100 fly to clinch 8th place. Competing in a stacked pool of flyers this year, he swam three straight races of sub-55 seconds. Cheney leaves the Spartan team as the only state medalist since 2017, and a best time of 54.37 in his signature event. In the 100 back, he eked out a PR of 57.65 seconds to finish in 21st place. He also blazed the fastest split of the Murray 200 free relay team and the fastest second leg of the consolation final.

Uso Tagoa’i (Sr.) achieved top 10 finishes in both of her individual events to lead the girls team with 17.5 points. In the 100 back, she powered to 9th place with a mere 0.1 seconds separating her from the finals. She ends high school competition with a best time of 59.82 and three consecutive races under the 1-minute barrier. In the 200 IM, Tagoa’i constructed a complete race for 10th place including a top three backstroke leg and 2:16.99 PR. She also led the Murray 400 free relay team with the fastest split and recorded the second fastest anchor leg of the consolation final. 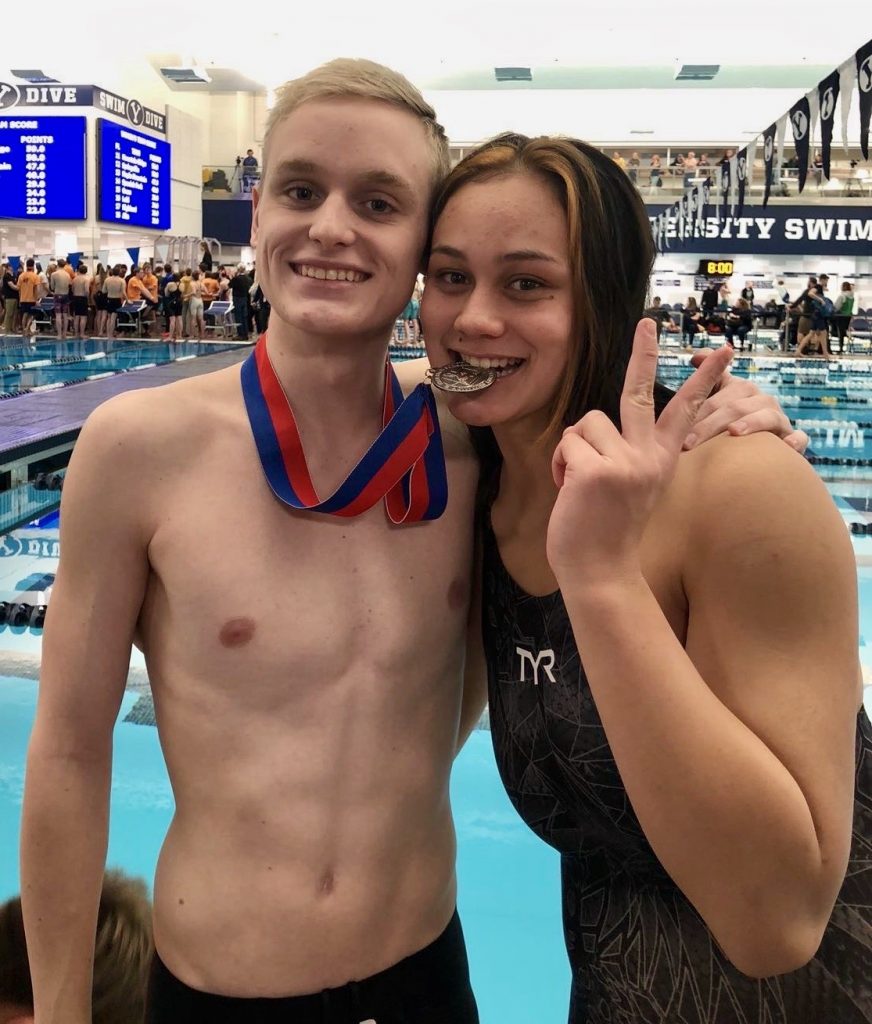 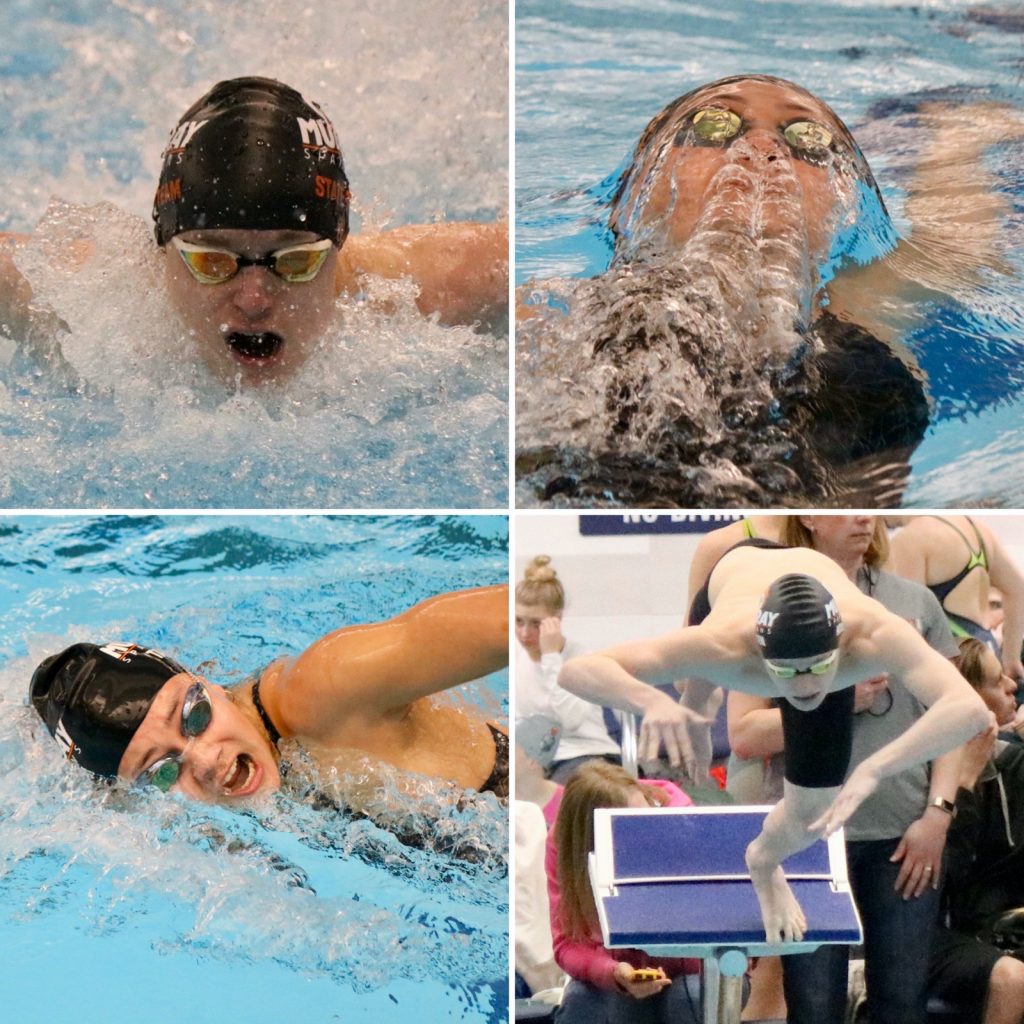 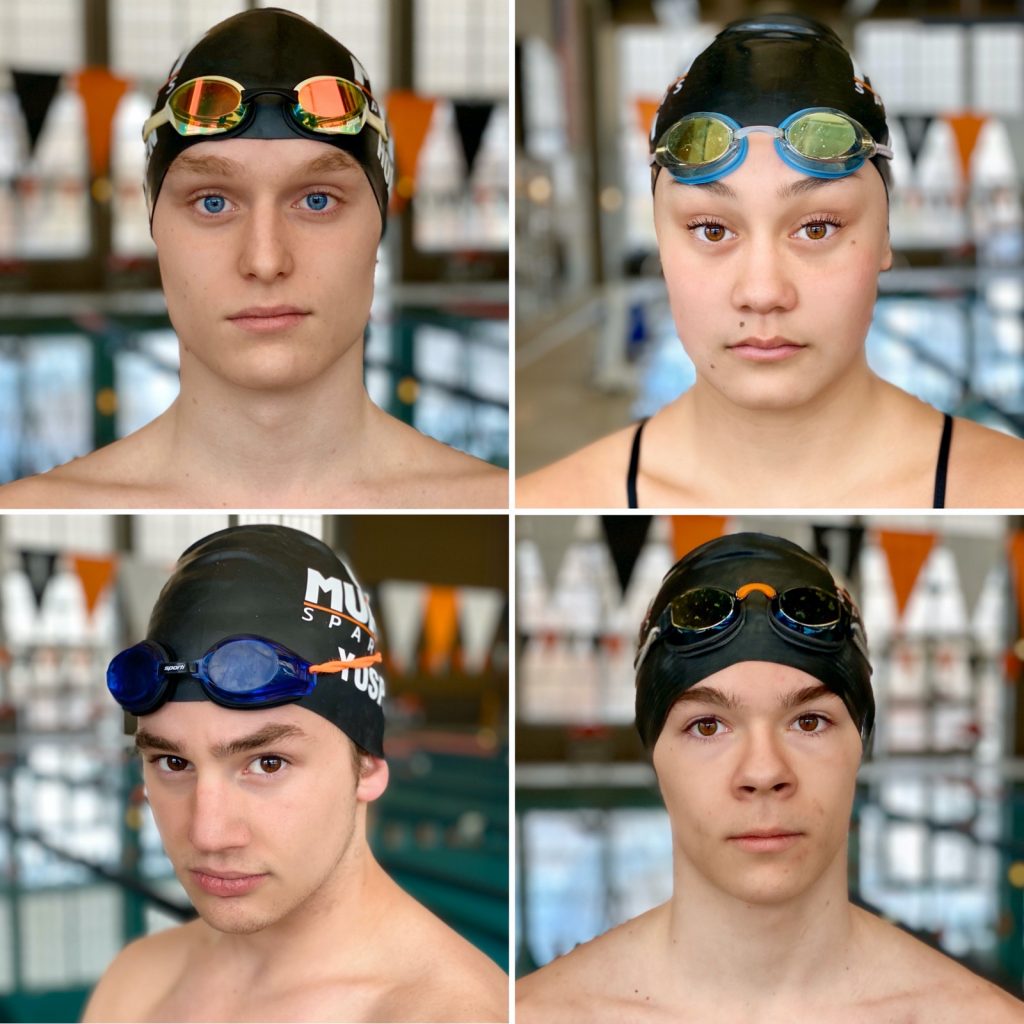 Lincoln Yospe (Sr.) continued his impressive rise in the 100 back and scored 8.5 points for the boys team. After dropping below 58 seconds for the first time at the region meet, he flirted with 55 seconds at state. Charging to 11th place, he set a PR of 56.17 to improve by 0.15 seconds. Yospe also placed 21st in the 200 free with a season-best time, and swam the lead-off leg for the 200 free relay team.

Gavin Holmberg (So.) added to his credentials as Murray’s top underclassman, scoring 5 points in the 100 back. Spartan fans were treated to a consolation final with Holmberg and Yospe divided by a fingernail. Holmberg posted a season-best time of 56.26 seconds to finish in 12th place. He came within 0.09 seconds of his teammate, and just 0.05 seconds shy of a PR. In the 200 IM, he punctuated an 18th place finish by carving more than two seconds from a PR dating to the 2019 state meet. His new IM PR is 2:06.26. 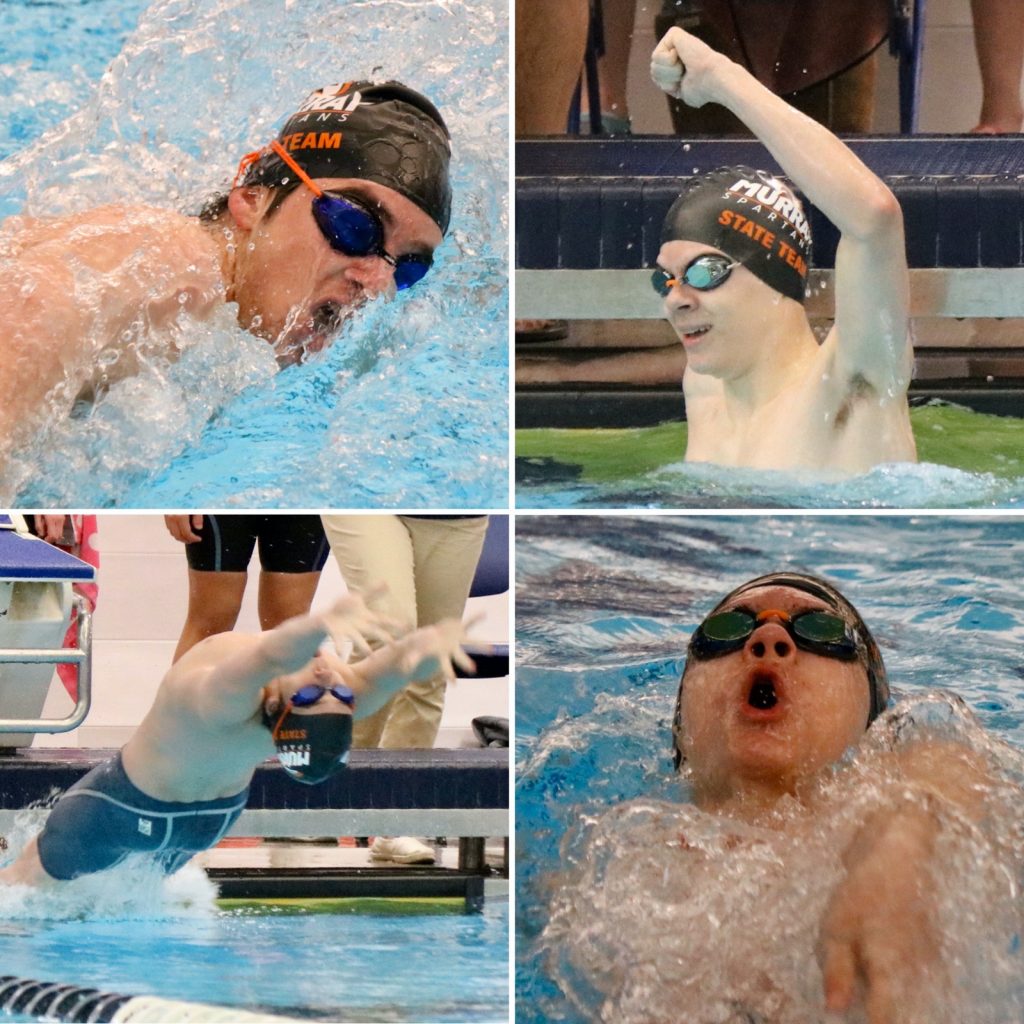 Our additional individual qualifiers had some noteworthy performances:

Devin Jessop (Jr.) closed out strong in the second half of the 100 fly to slash nearly a full second from his region PR. He finished in 17th place with a time of 55.78 seconds, only 0.15 seconds outside of the consolation final. After dropping nearly five seconds in the 500 free at region, he took another 3.47 seconds at state to claim a new PR of 5:10.63 and 21st place.

Tylee Peak (Sr.) would not be denied in her last 500 free. Throughout the season, she had been grinding after a PR dating to the 2019 region meet. On the stage of the state meet, she beat all 10 of her 50-yard splits to smash her former PR by 7.9 seconds. She finished in 22nd place with a time of 5:43.82, an outstanding ascent from her 29th seed. 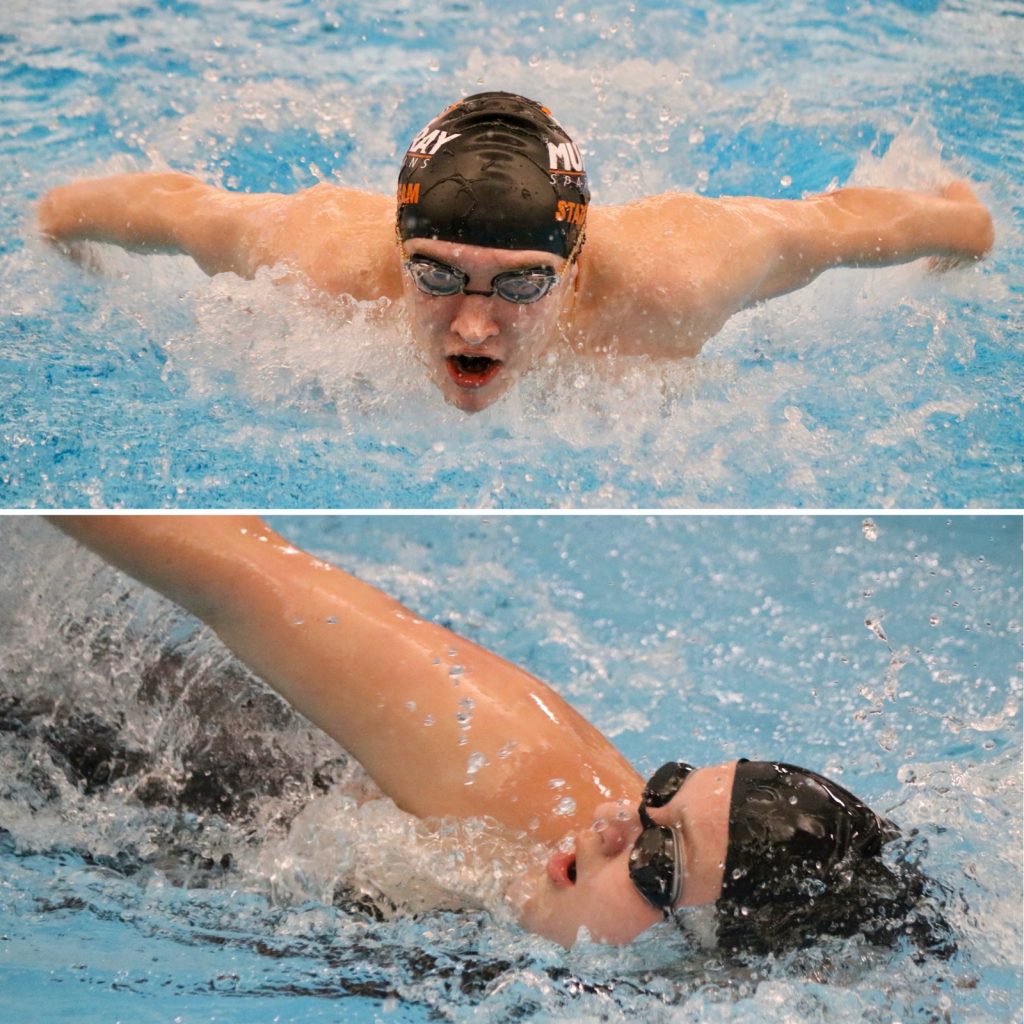 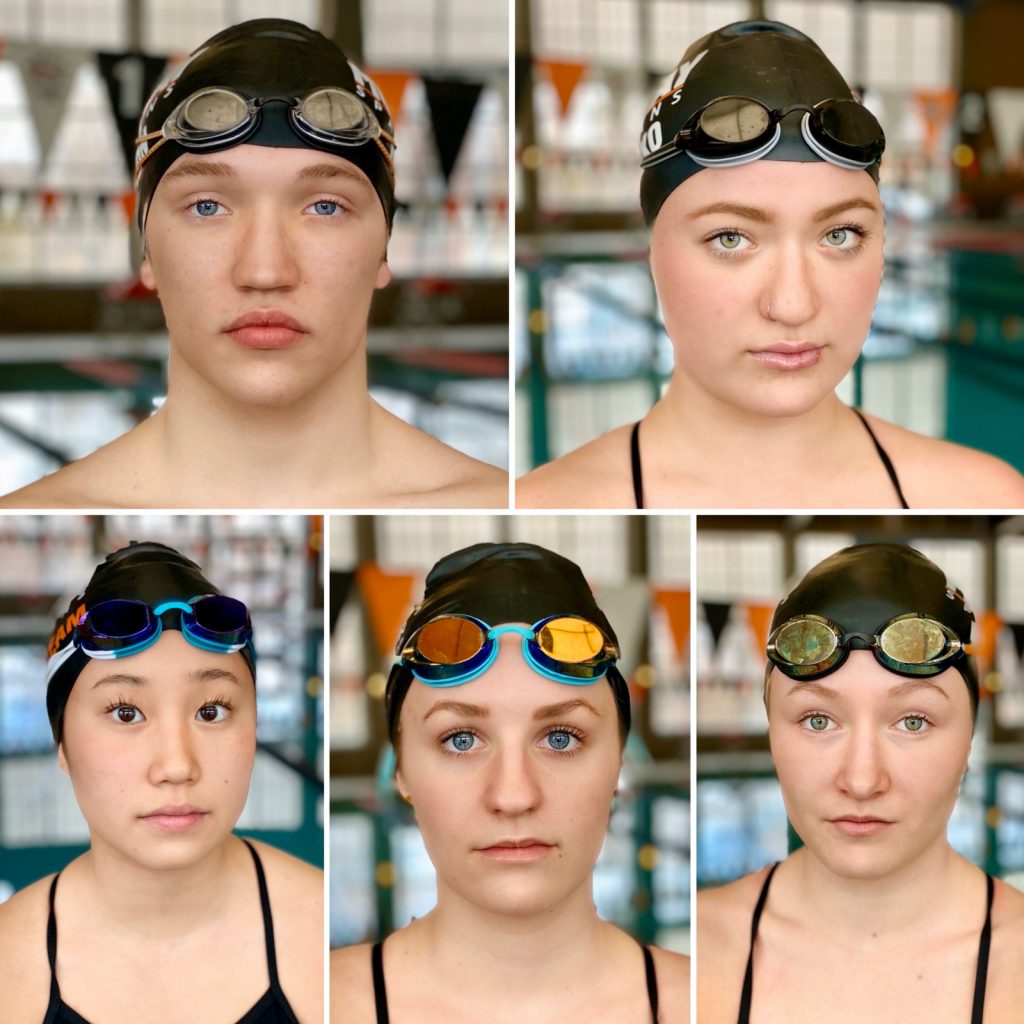 Sara Gratton (Sr.) continued to propel herself past higher seeded swimmers in the 200 free. Climbing four spots, she finished in 25th place and cut another 0.86 seconds from her rousing PR at region. Her last 200 free PR stands at 2:08.62. Gratton also qualified in the 100 back and achieved a matching finish of 25th place.

Kalie Lam (So.) was the youngest individual qualifier from the Murray girls team. She finished at 25th place in the 100 fly and swam the lead-off leg for the 400 free relay. 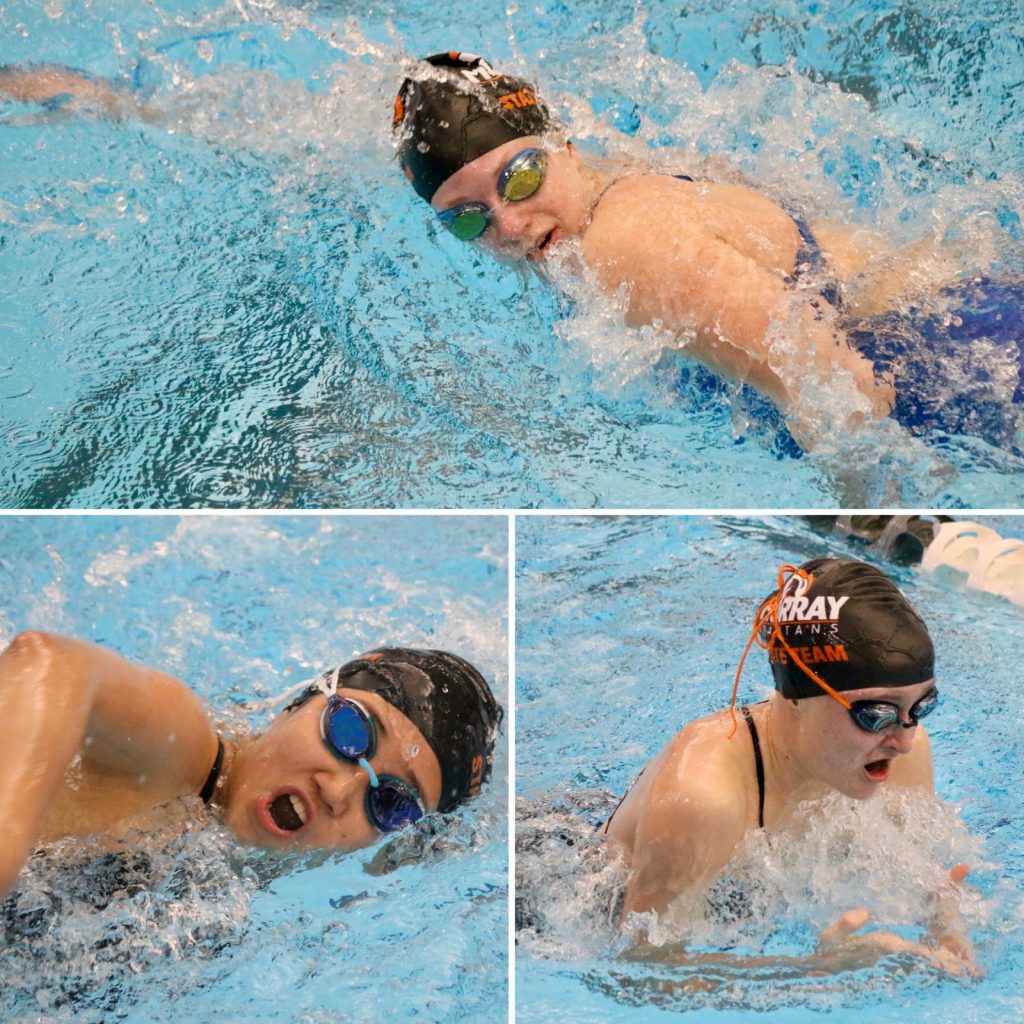 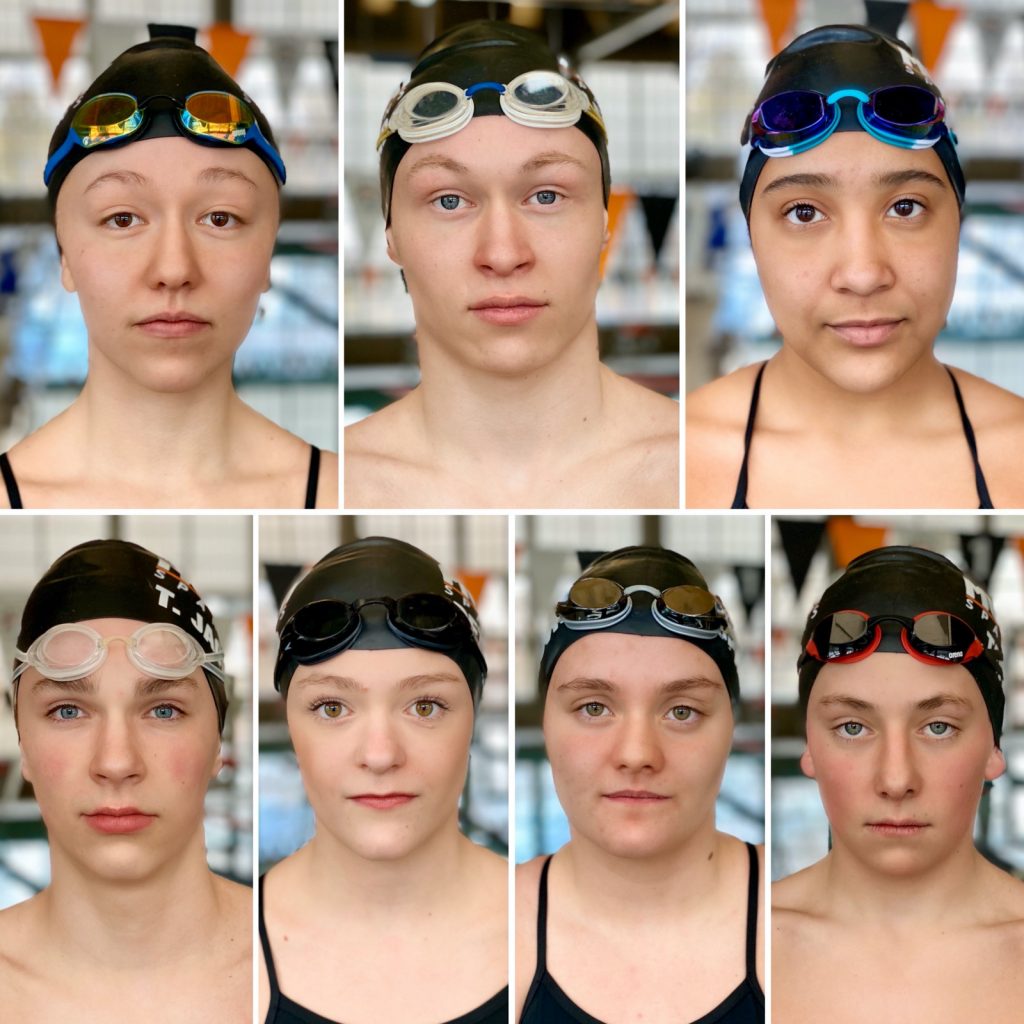 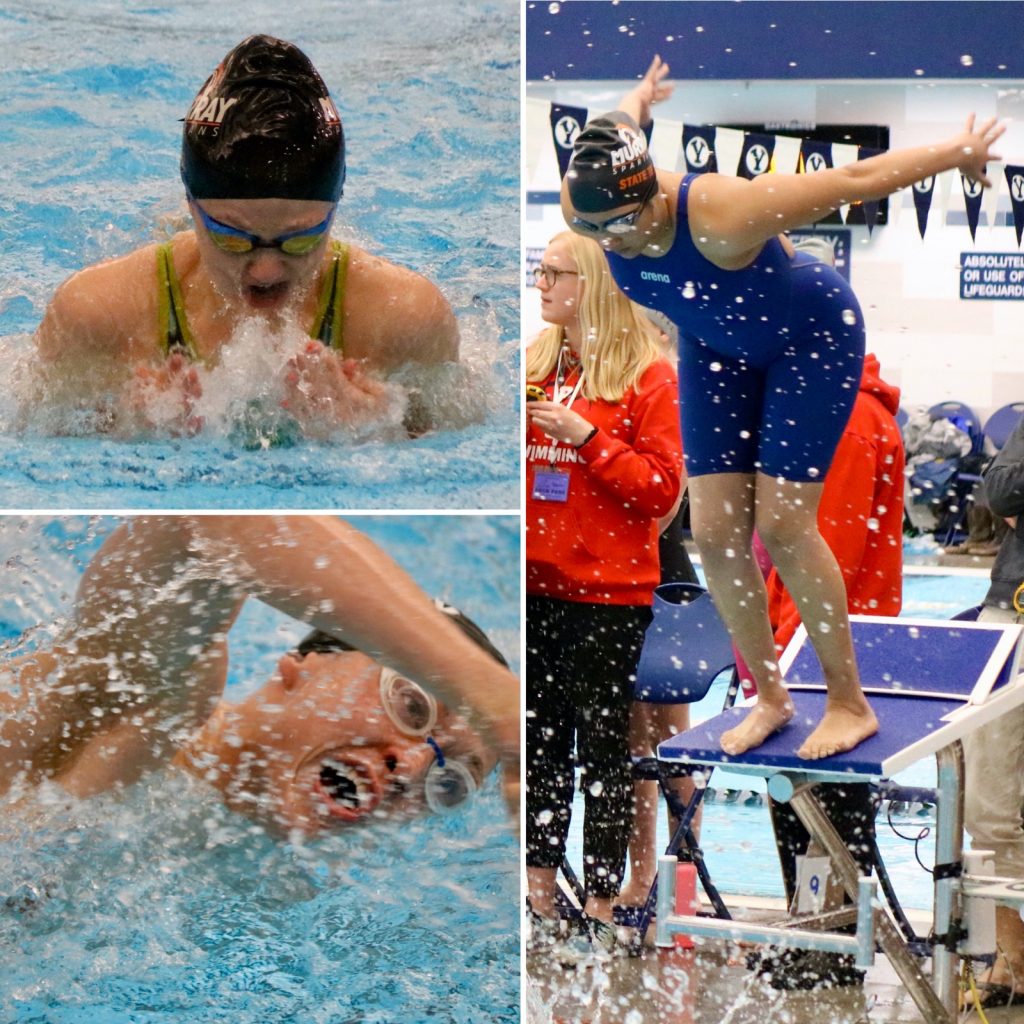 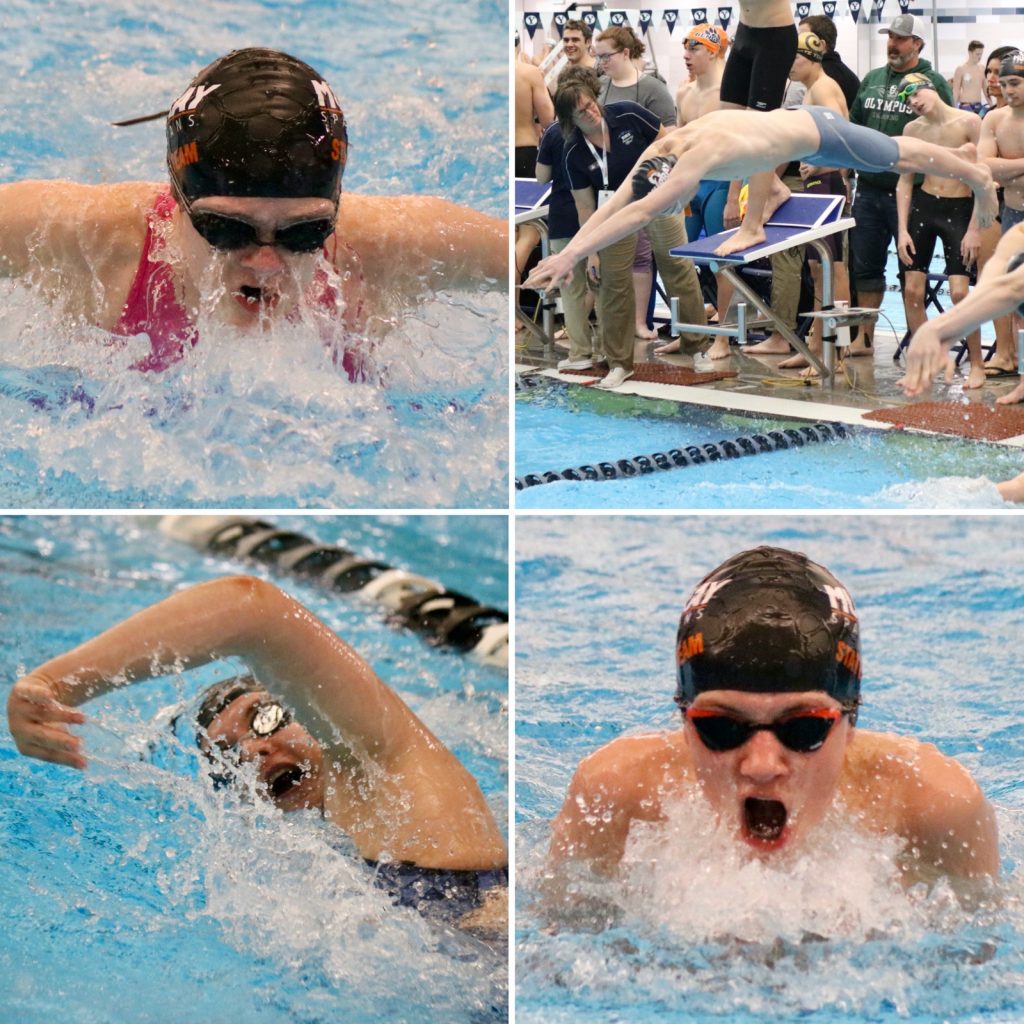 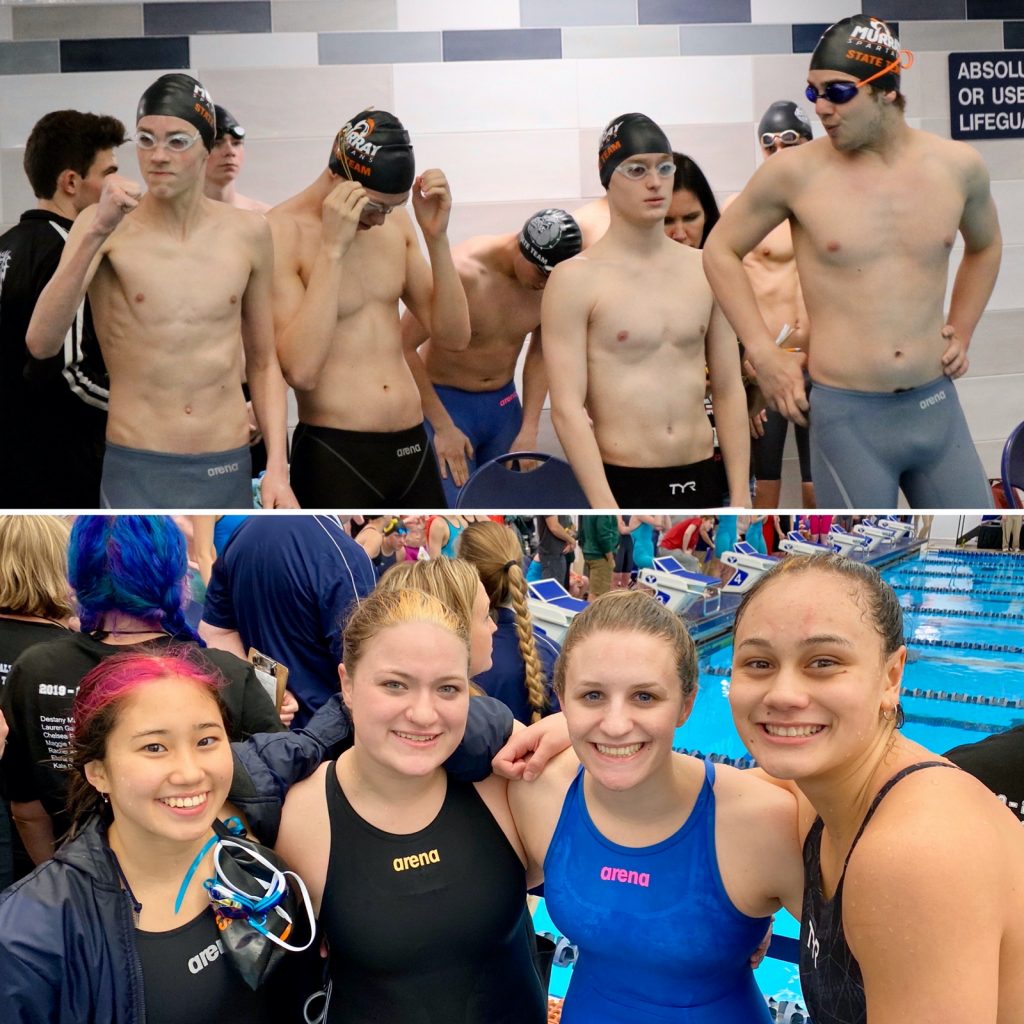 For additional results, click here. Congrats to all of our state swimmers! You made us proud!

Way to go Spartan Swim! What an awesome season! 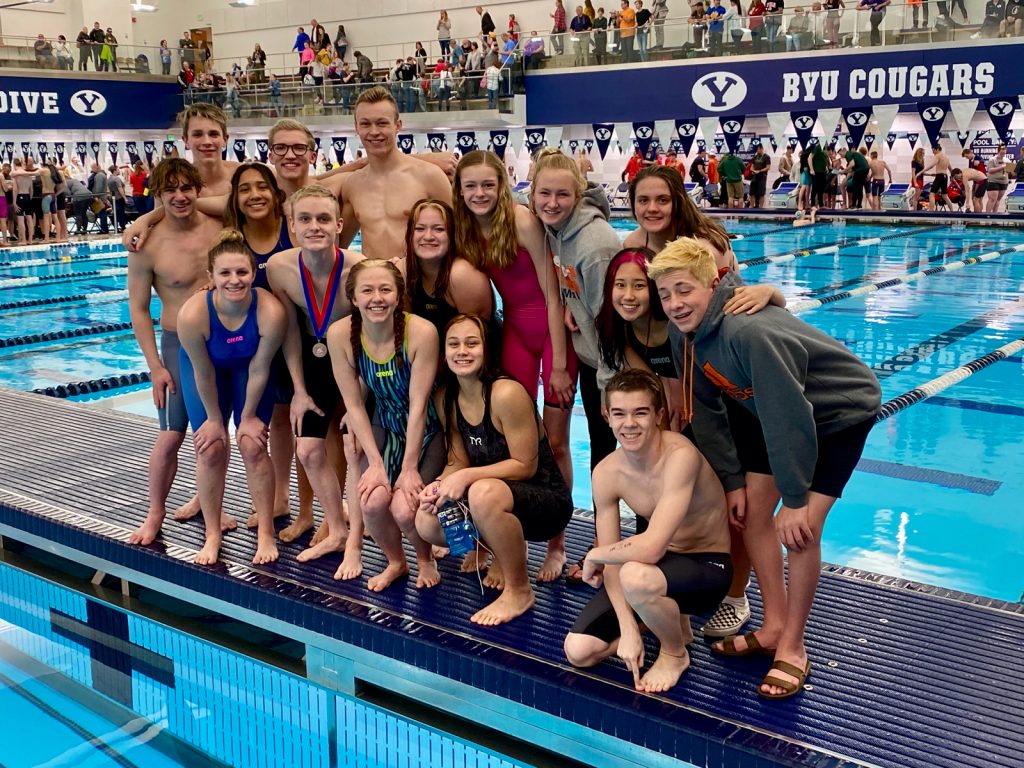